Several challenges developed over the course of the project:

1. The board decided to repoint most of the pier brick in the front façade, which required matching the color and profile of the original joints. This proved to be harder than your typical masonry joint. Additionally, the bricks could not be damaged by the old mortar removal process, otherwise, they would have to be replaced.

3. Cleaning the red smooth jamb bricks which had a greater porosity than the regular pier brick.

4. Cleaning the limestone sills and header pieces which had decades of soiling.

5. Going the extra mile to find brick samples to match the existing in the front and rear of the building.

6. During the process of rebuilding the gable, the original sample for brick selection was too light with the exception of some of the darker bricks. It turns out that the brick above the 11th floor was different from the floors below.

1. Once the right mortar color had been selected, the mortar joints were then cleared of the old mortar. To prevent damage of the brick by your typical tuck point grinder with a thicker blade, a thin blade was used to cut down the middle of the joint, and the rest was removed with an oscillating tool with blades that will not damage the underside or top of the brick. The soft nature of the original mortar made this option workable as opposed to using a small hammer and chisel.

2. Devised a method for moving the stones on to the pipe scaffold and lowering them into place to prevent damage.

3. Multiple passes had to be made in addition to using Prosoco Light Duty Restoration Cleaner on warmer days.

4. Passes with light duty restoration cleaner only lightened up by a shade or two. We followed this attempt by using the 766 Limestone restoration cleaner and after wash by Prosoco and let it sit for some time which removed most of the surface dirt except around the A/C units and some of the pores in the stone. To clean the latter areas, wet sanding was used to remove the excess dirt & this was done, only, as a last resort which did remove most of the hard to clean areas.

5. Finding the right brick for the front proved difficult. After going through numerous suppliers and sample boards, the right match was found containing the right color and character of the brick that had “hearts” caused by the firing process. However, there was also brick that was to plain in nature to be used so the brick had to be picked out from the rest to insure a match.

6. After testing mixing colors from Cathedral Stone product line for mineral staining and the right amount of color needed to be applied to the several variations of brick colors, the right color balance was achieved to blend in the new brick with the older brick.

In addition, the board for the building decided that the pier brick on the front of the building was to be re-pointed (5,200 Square Feet), restoring the existing front parapet wall to original condition with two gables and coping stones, door and window infills. 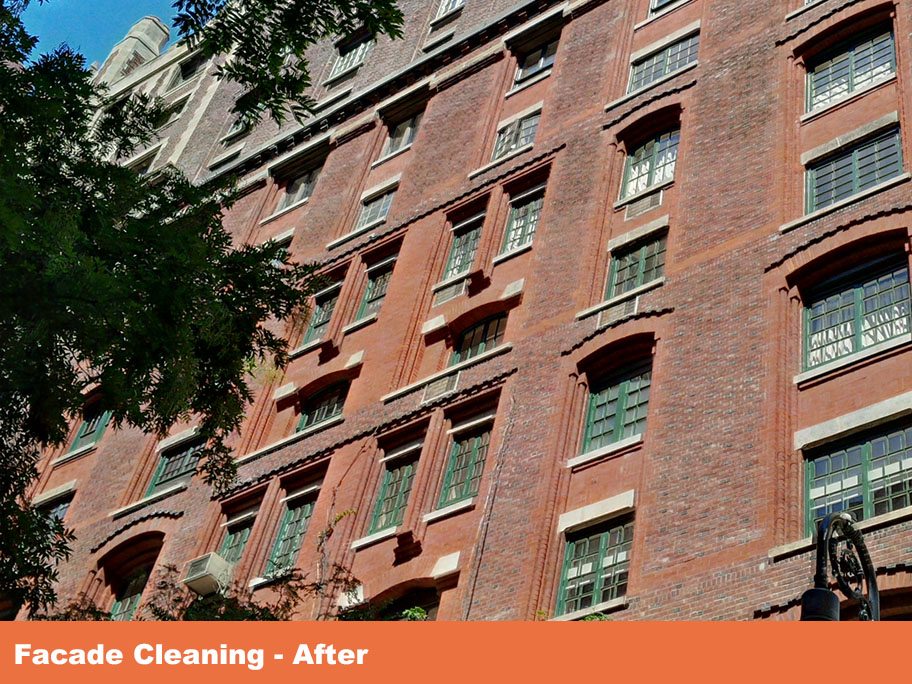 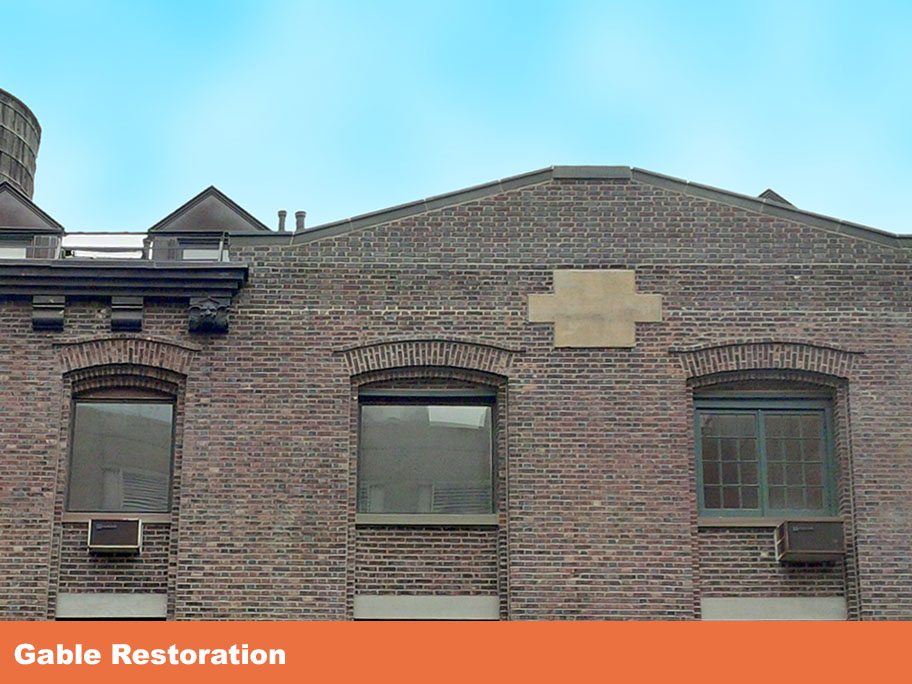 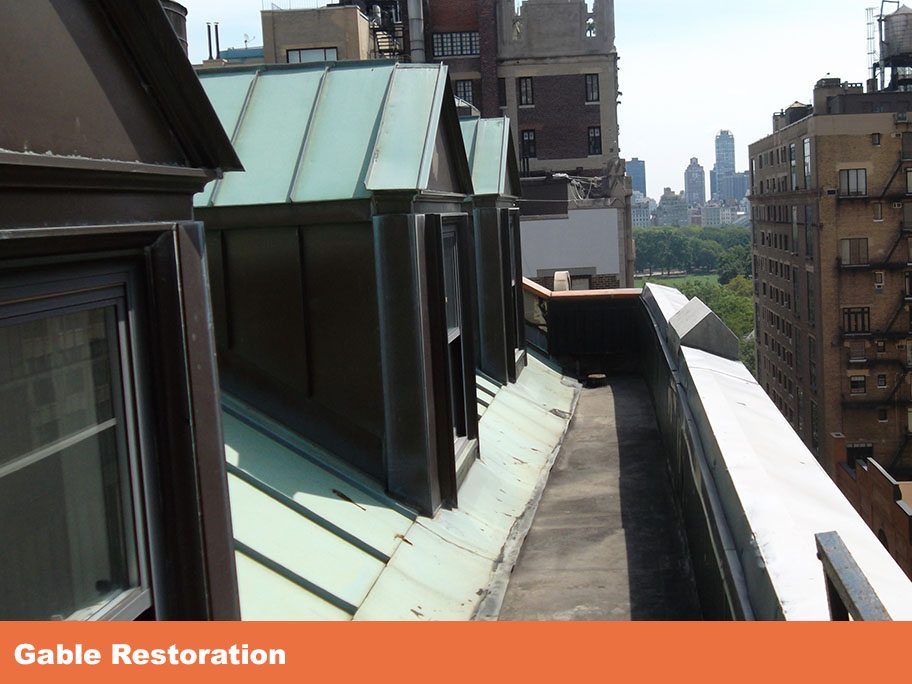 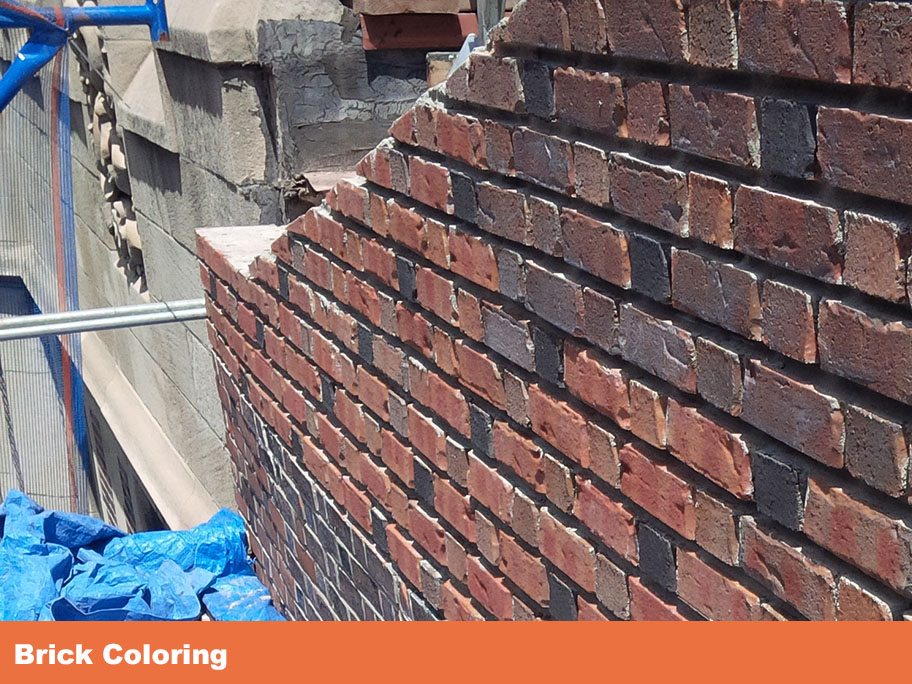 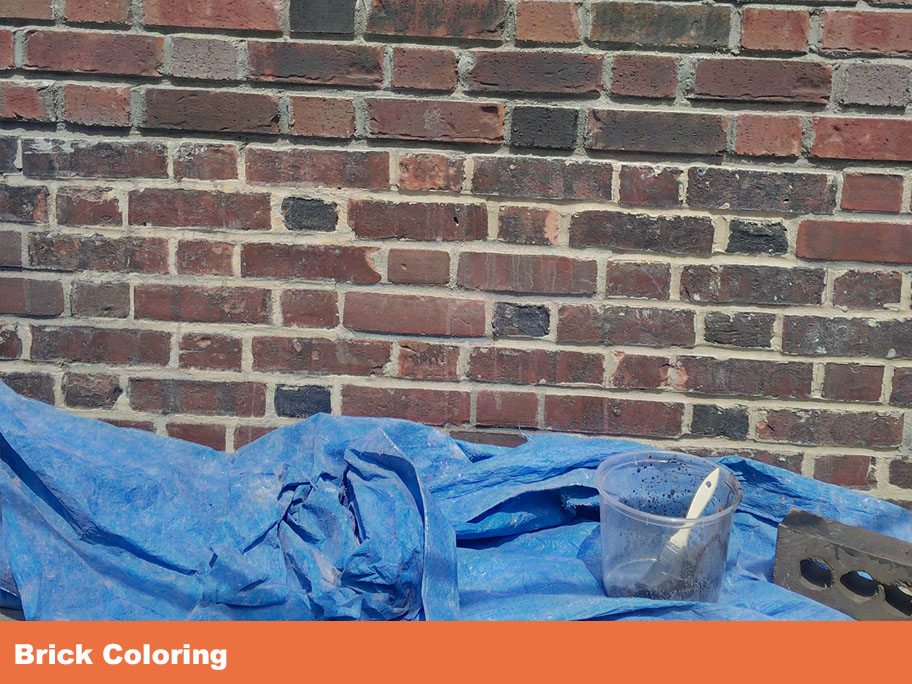 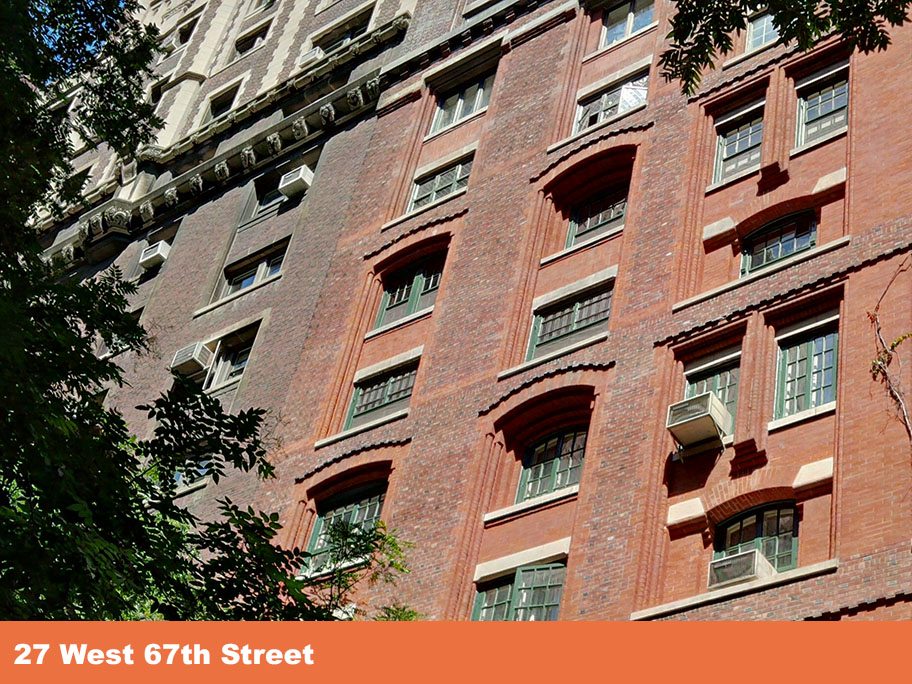 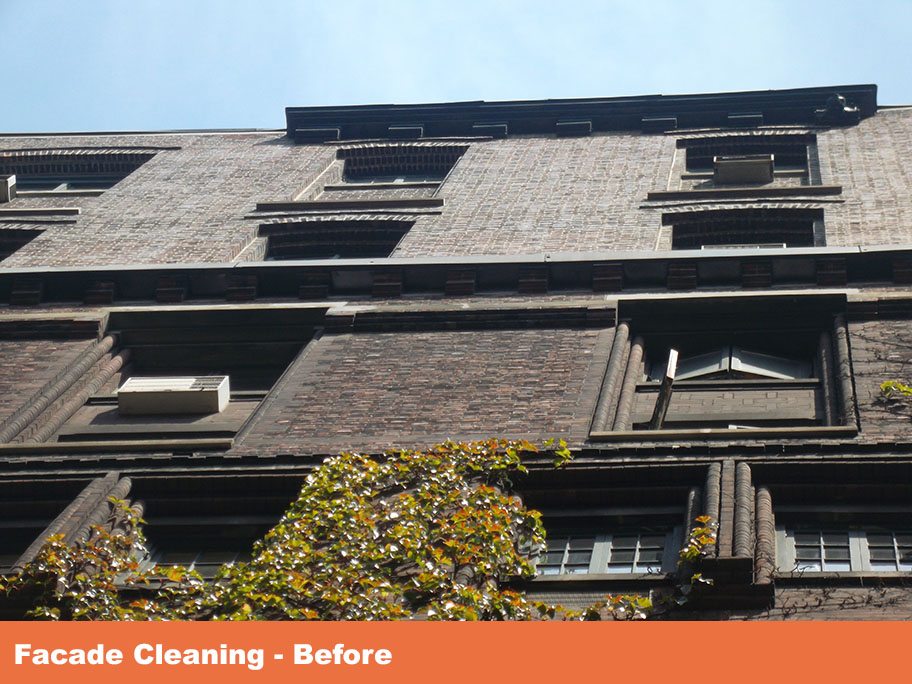 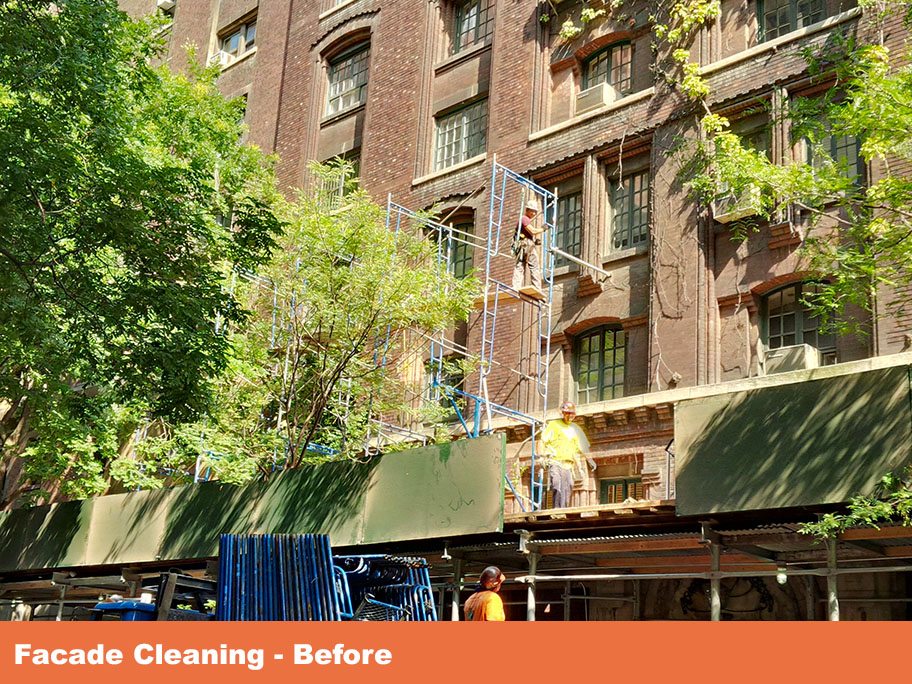